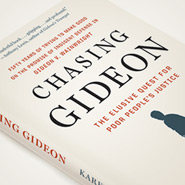 By Karen Houppert, published by The New Press

On March 18th, 1963, in one of its most significant legal decisions, the U.S. Supreme Court unanimously ruled in Gideon v. Wainwright that all defendants facing significant jail time have the constitutional right to a free attorney if they cannot afford their own. Fifty years later, 80 percent of criminal defendants are served by public defenders. In a book that combines the sweep of history with the intimate details of individual lives and legal cases, veteran reporter Karen Houppert movingly chronicles the stories of people in all parts of the country who have relied on Gideon’s promise. 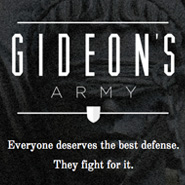 Dawn Porter’s compelling documentary explores the realities of the public defense system, following three young public defenders as they fight against long odds and overwhelming workloads to  provide the right to counsel to their clients. 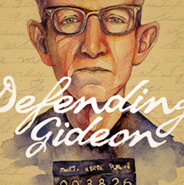 Produced by The Constitution Project

The Constitution Project’s Defending Gideon takes viewers on a fascinating journey through the heady days of the Gideon decision through the present day, and examines the challenges still facing the indigent defense system.